Showing posts from May, 2019
Show all

Durham to Host the 2019 USTA NC 40 & Over State Championships 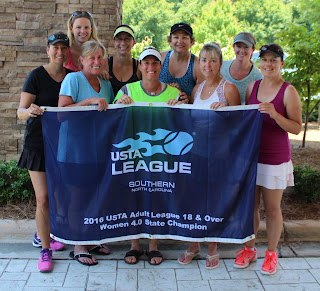 In just a few weeks, Durham has the honor of hosting the 2019 USTA NC 40 & Over State Championships from Thursday, June 27 to Sunday, June 30. In May 2018, Durham submitted a bid to host the 2019 & 2020 championship and won! Previously this championship had been hosted in Winston Salem. Learn more about the USTA NC by visiting their website . With the tournament being played at several venues across the city, Durham Parks and Recreation facilities including Elmira Avenue Park, Morreene Road Park, Rock Quarry Park, Southern Boundaries Park and Whipporwill Park are set to host a good portion of the games. This tournament is expected to bring in approximately 1,200 players from across the state to compete and will require over 100 volunteers locally to host the event. In order to be eligible for participation, all players are current USTA members and have competed across the state in their local are for the opportunity to advance to the championship. For more information
Post a Comment
Read more 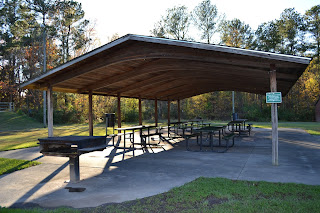 Every day, millions of people are celebrating birthdays and turning another year older! Whether you’re turning five or fifty years old, what better way to celebrate than to have a party with all of your close friends and family! And we have the perfect location for your party...our Durham parks!  Did you know that several of our parks and facilities are available to rent for your next event, family gathering, concert or birthday party? Make this year special and check out all of the rental options that we have to offer! Here are some tips to planning the perfect party… Choose a Theme Let’s decide what kind of birthday you’re trying to plan!? Are you going for a sports enthusiast party, summer water fun party, a quinceañera or a sweet 16 party? Your party theme will help determine which location you should rent based on what activities you want to have, how many people you are inviting and how long you are wanting to host the party. We can even accommodate those looking for a
Post a Comment
Read more

Looking for Summer Plans? Watch Concerts & Movies in the Park! 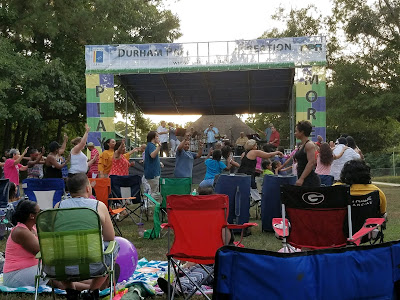 Can you believe summer is almost here!? This year has flown by...but we couldn't be more excited for all the fun things happening in Durham over the next few months. If you're making a list of things to do this summer, definitely add swinging by one of Durham's beautiful parks for an evening of music or movies at the Rock the Park Concert & Movie Series. And we couldn't be more excited to announce that Pulse FM is the Series Event Sponsor this summer. You'll be able to sit back, relax and enjoy family and friends while grooving to music or watching a movie on a big screen. Both activities are free and open to the public. There will be some food vendors will be on site and food will be available for purchase. We encourage bringing blankets and lawn chairs along but remember, no alcohol or smoking is allowed. If there is inclement weather in the forecast, our priority is keeping everyone safe! Before leaving for a concert or movie, call the Special Events weat
Post a Comment
Read more 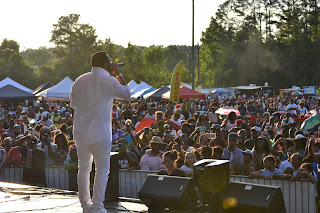 By: Cynthia Booth, Public Affairs Specialist This year, Durham’s National Award Winning Bimbé Cultural Arts Festival will turn 50 years old. That’s right it’s 50 or as the younger generation would say, fiddy! Now I am going to go out on a limb and divulge a secret. Are you listening? Zoom in real close. Two years ago I turned 50 and it was a big deal. I mean huge! I had a big party and invited all of my friends. Well Bimbé is no different. We are hosting the biggest Bimbé Cultural Arts Festival celebration ever and all of you are invited to attend. Before I talk about the celebration, let me give you a little history about how Bimbé got started. I am not a gambling person, but I bet you know that Bimbé was created in 1969 by students from Duke University and North Carolina Central University. Yup. It was started towards the end of the Civil Rights era and there was a lot of racial tension in Durham. You see Duke did not enroll their first African American undergraduate students
Post a Comment
Read more 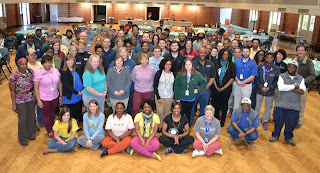 Looking for a fun and rewarding job that focuses on giving back to your community? We're currently hiring seasonal, part-time and full-time positions to join our amazing team of Parks and Recreation professionals. From Summer Camp Counselors and Outdoor Specialists to Master Program Specialists and Lifeguards, we have several positions open for hire. Take a look at which positions are open and consider applying today. For an updated list of job openings, visit the City of Durham website, specifically the careers page . About the City Currently the 4th largest municipality in North Carolina, the City of Durham is known to many as the "Bull City" or the "City of Medicine" and is home to over 254,620 people (as of 2016). Durham is located in the heart of the state, halfway between the NC Coast and Great Smoky Mountains. From science and art museums and nationally recognized medical facilities to Duke and North Carolina Central universities and Durham Bul
Post a Comment
Read more
More posts